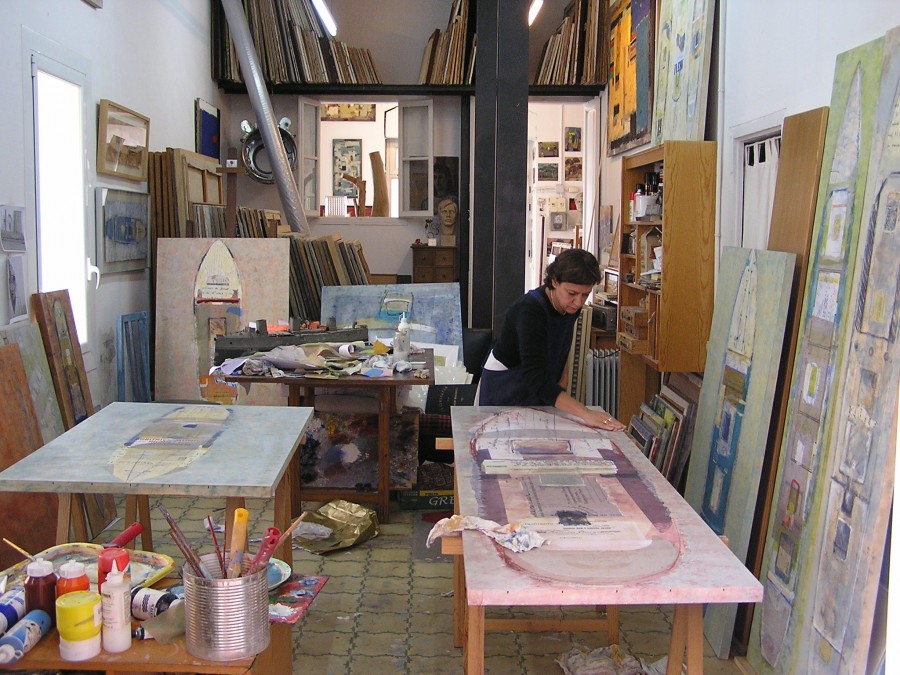 The interest in landscape goes through all contemporary art and nourishes its many variants: it shines with joy and spontaneity with Impressionism and subtly reveals itself under the most stringent abstractions. It might be argued to be the best-liked genre of artistic modernity.

This is the understanding of Nuria Balcells who has always worked on it and has let her work to be enriched by the close relationship with the landscape. She did it at first, engaged as she was in naturalism and the dazzling play of lights and colors around us. Later, when she focuses towards other areas, such as still life or interior subjects, the view and teachings that emerge from the study of the landscape have allowed her to transcend the mere description of objects so to offer mutual relation among themselves in a new unit of matter and light.

And when she has felt the urge to physically lighten her painting by replacing the expressionist thickness with almost immaterial transparencies, the incorporation of collage becomes a strong pictorial new technical approach that occurs in Nuria’s hands thanks again to her sensitivity towards landscape.

Abstraction has recently gained weight in the Balcells’ work, living easily together with a figurative art to give shape to a style that seeks to balance the chromatic harmonies along with her attention to show us many and various topics. Those come both from observation of reality as much as what the matter itself suggests and it is not paradoxical to claim the landscape as well as the soul of it all…